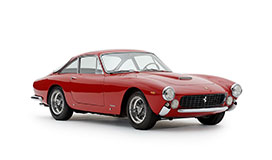 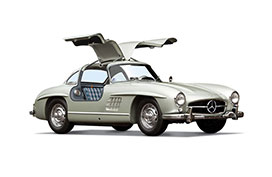 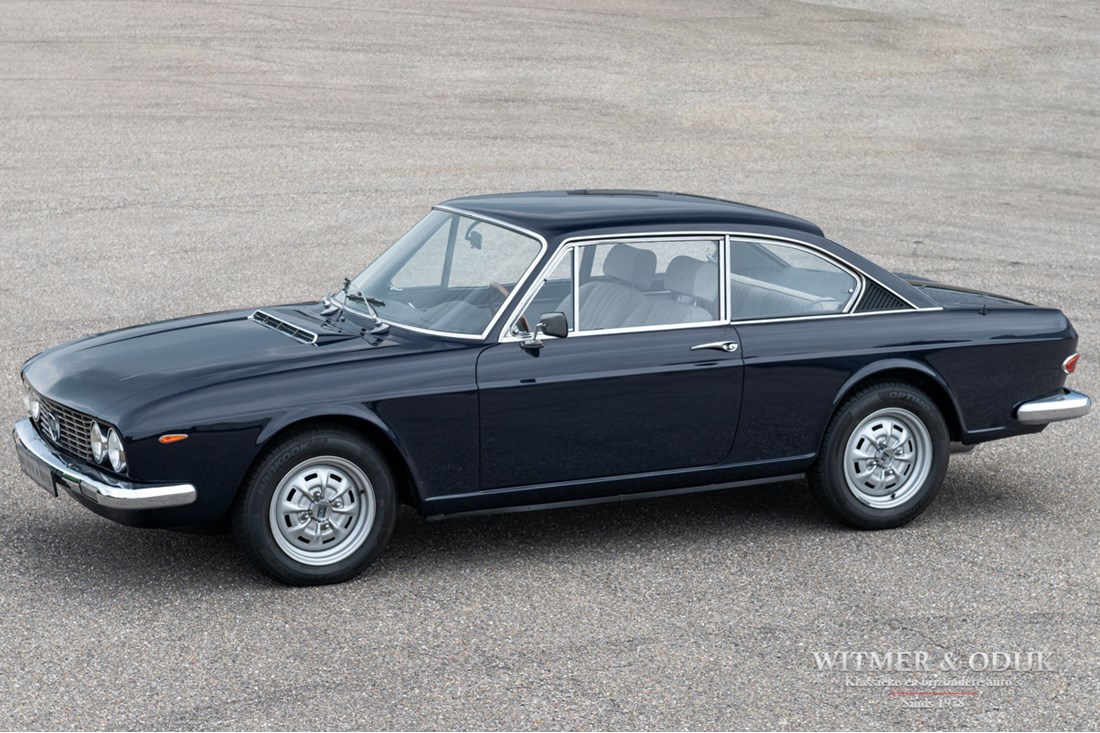 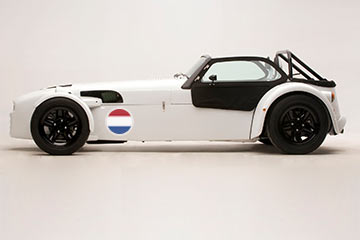 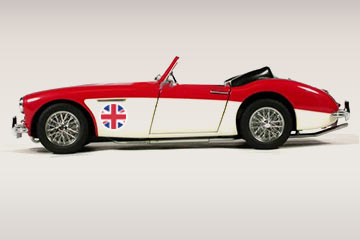 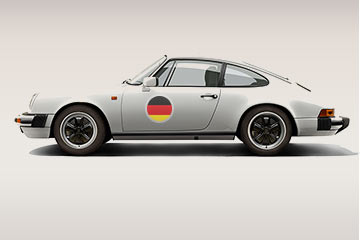 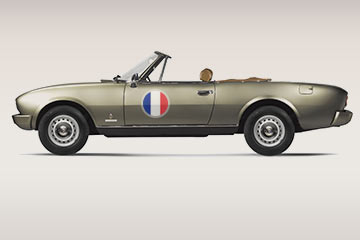 Amongst Lancia connoisseurs the Lancia 2000 Coupe, also commonly referred to as Flavia 2000 Coupe, was the last true Lancia. In the early seventies Fiat took over struggling to stay in business Lancia. Not because the general public did not take an interest in the make. Lancia's were so well thought through and designed that the manufacturing costs were significantly high and thus of no commercial interest to Fiat. Nevertheless, Fiat allowed for the 2000 coupe to start production, since Fiat had not yet released a new flag ship model. As a result of the hefty price tag, a mere 1400 coupes of this particular type were built. Even more appealing to the admirer of the beautiful design. Equipped with technical progressive items such as a subframe, a low gravity mounted boxer engine, front wheel drive and a reliable ZF gearbox make the 2000 one of the prettiest and best designed products to come from the Italian car industry in the sixties and seventies.

At the time options were not where carmakers made their money. Headrests and the pretty wooden steering wheel, for example, were standard equipment.

On acquiring the car in sunny Italy I saw a rust free, solid and straight body. Over the years the car accumulated dozens of small paint blemishes, which is why I opted to have her fully re-sprayed in the original dark blue colour. Professionally executed paintwork, the car has a beautiful appearance. 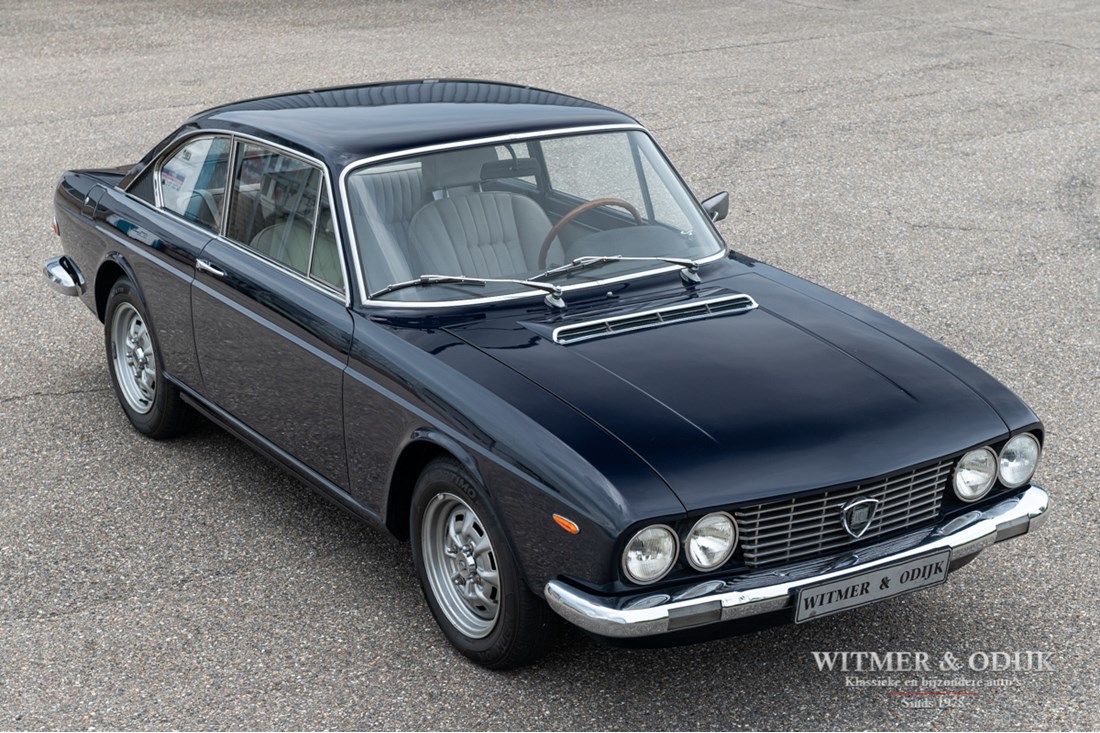 The interior received, a decade or so ago, new cloth on the seats, the original material and the right colour were carefully sourced. Also the original shape of the seats has been reconstructed, making them an absolute joy to sit on. The dashboard, door cards, steering wheel and for example headlining are all original and undamaged. Also the interior is worthy of being called a Pininfarina Masterpiece. 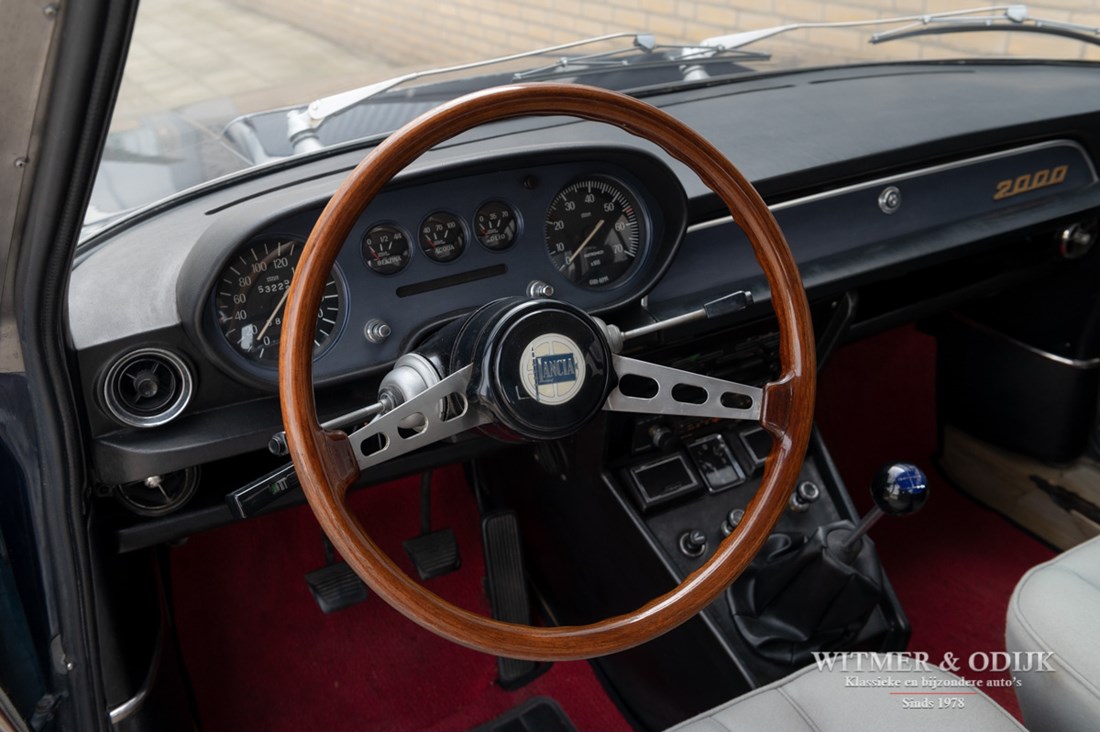 The engine compartment is wholly original and beautifully dry. As a result of the remarkable engine lay out with horizontally places pistons and cylinders the engine is placed extra low in the car, one of the highlights of this coupe. In combination with front wheel drive also a stable and safe car to drive. Evident is the minor usage of the car. All stickers and factory plates are in place. Also the luggage compartment is completely original, tools, jack and spare wheel can be found here. 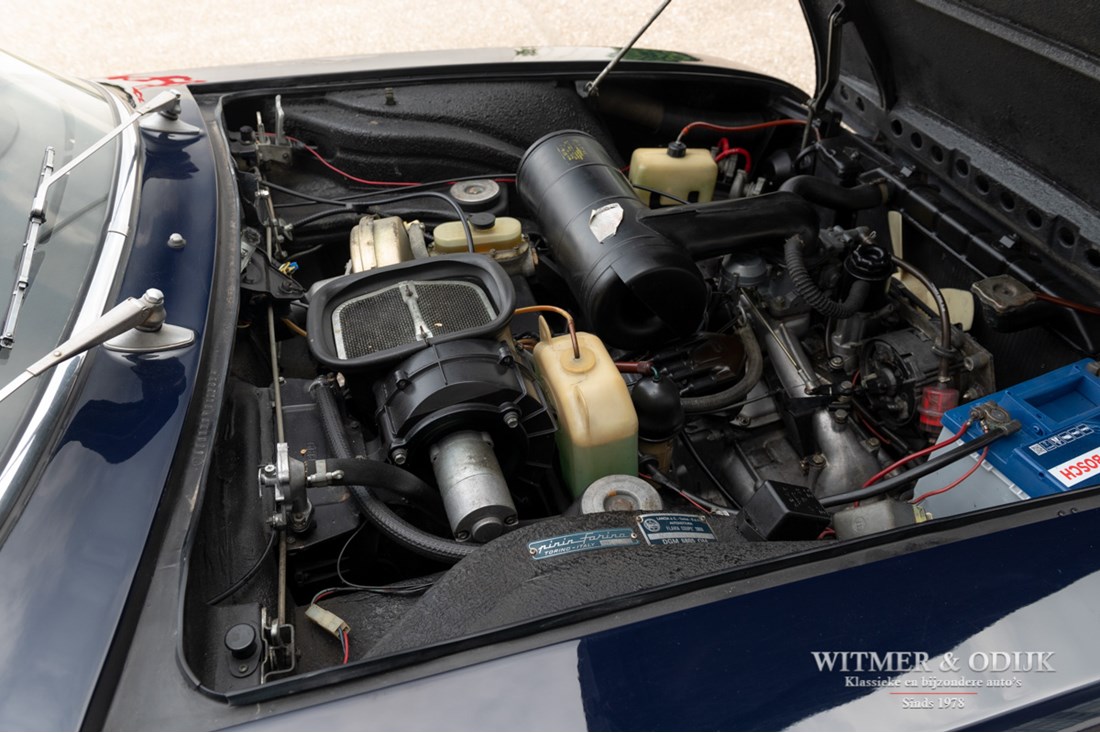 Until recently this Lancia lived in the dry sunny south of Tuscany. On behalf of garage keeping and minor usage the car remains rust free. She also remains damage free. In Italy the car only had two owners. We offer the car with Dutch Vintage "old blue" registration, new MOT and a service.